What participants had to say about the Syrian Refugee Simulation:

"The students did such a great job and made quite an impression on both my husband and I. When I talk to friends about it they tell me it seems like I actually lived it because I was so impacted by it. I can't think of anything to improve it. Congratulations."

"I was impressed by every stage and the organization of the whole simulation, but two things stood out to me the most. One was Lily in the role of ISIS, because she really went all out with that role - her whole group did - and she made us feel afraid and intimidated. I remember being impressed by how all of the students took their roles seriously and didn't break character. I also remember Javier explaining each station to me so that I could get a clear overview."

"I've never taken the time to really try to take the perspective of a refugee. This simulation made me step into their shoes. Obviously, I can't fully experience what any of the refugees have experienced or suffered, but the simulation brought to light how little I understand about the daily struggles and how separate I am. I want to be more connected, productive and helpful in addressing this crisis."

"I was genuinely concerned for my own safety when the students playing the roles of ISIS leaders were screaming at us...I also remember the obvious amount of research and coordination that must have been necessary to make this simulation a reality. I left wanting to experience the simulation more and to have my students experience it as well. This simulation demands to have a larger audience than just one day, so I hope you all can find additional opportunities to share this work with others."

"By being a participant rather than a passive observer, I was forced to consider the emotional burden of trying to flee your country, of wondering if you had enough money, of agonizing over whether or not I would actually make it to safety. When I read the news, I don't have to think about the human experience, but when I went through the simulation I had to."

"The process is longer and more difficult than I would have thought. I was also surprised that each of the obstacles throughout the journey were so different from the others. Parts of my identity that might advantage me in one situation might also disadvantage me in another situation. I was struck by how many "in between" places I found myself stuck in. There were points where I don't think I was technically in any country, and I wondered where I was going to end up. I felt desperate and powerless."

﻿What students said about The Syrian Refugee Simulation: 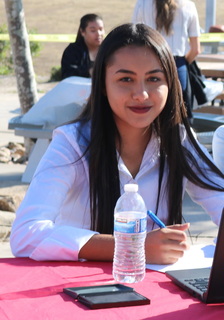 ​My character's name IS Azizah Bishara, she is a 12-year-old Christian female, and she works as an anesthesiologist. She suffered a lot while growing up and she still does. Getting into character was really hard for me because Azizah became a little mean after what she has gone through, 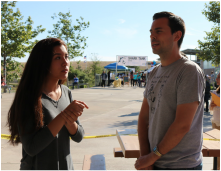 We went through Socratic seminars deciding whether to do an exhibition or play. We also went on a field trip to the Museum of Man's race exhibit to see what we wanted to incorporate in our own. I had personally wanted to do a play at first but realized that a simulation would be more out of the box. 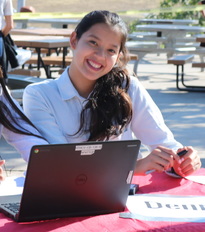 ﻿
​
​We did a simulation in the canyon and went on a huge adventure. I loved the canyon simulation because we really experienced the heat and were very tired and our feet were sore. 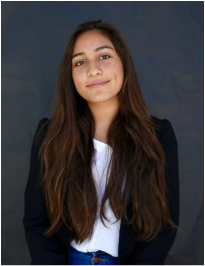 Something that I'm really proud of is the detailed description of each scenario in Greece's station design document. I'm really happy that most of the people in my group finished everything they were supposed to do on time, and if someone couldn't do one of the things, another person in our group would step in, which was something nice to do. 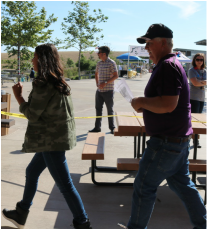 When we got the design doc they were telling me I should be a smuggler.  I was okay with it, but I didn't know as much about smuggling and I had to research more. 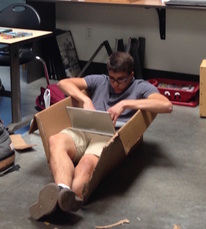 During play tests we [smugglers in Izmir, Turkey] routinely ripped people off, and the price of the boat changed with every group depending on how much money they had. My character was named Ferit, and was the youngest brother of a family-owned fishing company that he ran with his two brothers, and a family friend named Yousef who was out of a job and recovering from substance abuse. The hardest part about acting this character was not laughing as I got into fights with co-workers about how many refugees to let onto the boat at one time. 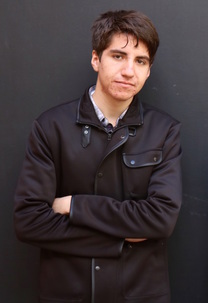 In the third playtest, even though we had all of our information and our tools that we needed to accurately portray our country's role in the refugee crisis, we still needed to really flesh out our characters. One thing we noticed about the playtest as we were going through it was how unnatural and non-immersive the communication was between us and the refugees. We tried to try out different ways to portray our characters, but we knew that this was something that needed to be changed for the final playtest. 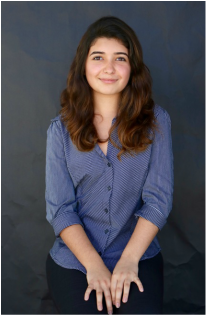 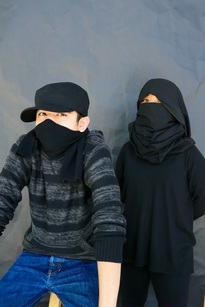 My character is an ISIS soldier who just seeks slight fame and great fortune. He's the silent type and just does his job and whatever he is told. 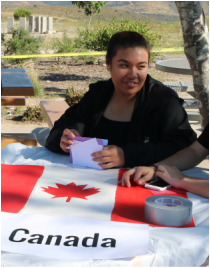 ​I remember when we were only getting one person at a time then later three came at once, which of course I got nervous, but I then got over it when  felt comfortable. One cool thing our station did was since we are a country that usually accepts refugees, we accepted all of them and children also.

All the handouts, presentations, and resources that went into this project

My fellow-teachers and I also created a document with tons of links to resources about refugees, here.

Finally, you can see the full "Simulation Design Doc" here. You could, conceivably, re-create the full simulation using this.